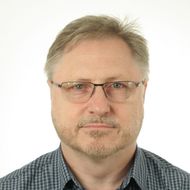 Article
Object of taxation under digitalization

HSE offers its own concept for technopark creation in Archangelsk Region

The Higher School of Economics has offered its own concept for technopark creation in Archangelsk Region. Experts believe that the creation of a state-run technopark, which could have recourse to federal support, would have the greatest chances of success in the region. The more diverse the industry specialisation of the participants, the more interesting the projects that may be generated. What is more, believe the developers of the concept, the future technopark should have the Arctic as its main focal point. Deputy Minister for Economic Development of the Archangelsk Region Alexey BUSIN spoke with BC about development of the project.